(Gluten Free, Dairy Free, Meat Free | Paleo-Friendly) This sumptuous salad is quick and packed full of flavour. I mean, that’s the ideal combo, right? The leftovers make a great packed lunch as well, which is always a massive bonus!

I didn’t know much about buckwheat noodles (also called soba noodles) before I found this recipe. As it turns out, they’re naturally gluten-free and have more nutrients than your average noodle. Unfortunately, they’re a bit hard to find in the average UK grocery store. I even ventured to the Piccadilly Circus Whole Foods in London, but they only had spiral buckwheat noodles, which wasn’t exactly what the recipe asked for. If you’re in a real bind, maybe just skip the noodles -the veggies and sauce are tasty enough on their own!

I tried this recipe because I could use over half the contents of my veg box in the process. Just look at this beautiful Nature’s Window veggie box that got dropped off at my door! 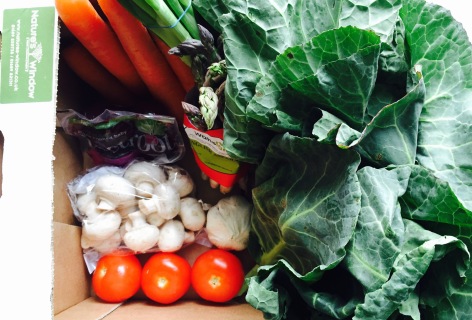 Okay, enough about buckwheat noodles and my veggie box. On to the recipe!

Here are my tasty veggies all prepped for the fun they’re going to have in my frying pan! 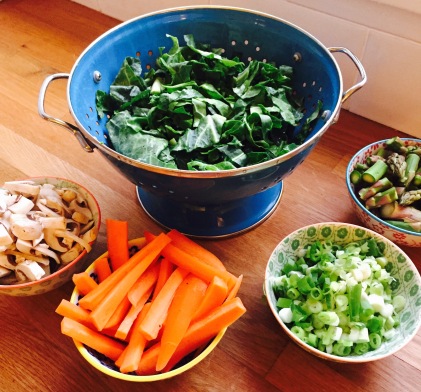 Serves 2 with 1/3 portion for lunch leftovers

Tell me what you think and leave a comment here! Cancel reply

On the subject of me

Hi! Im Julia. I love peanut butter and bicycles. Oh, and I'm also passionate about connecting with people, traveling, playing outside, and eating real, delicious food that nourishes me. When these things are in my life, I thrive. 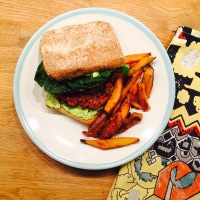 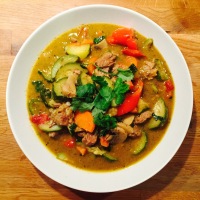